Covid Energy Stimulus Packages: 3 Things To Look Out For 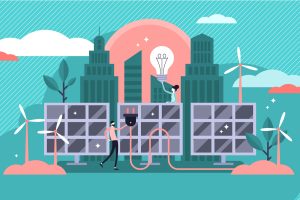 Already, the impacts in the energy industry call for monetary relief, and governments are responding.

The International Energy Agency (IEA) has analyzed the upcoming energy-related stimulus packages. According to their report, we can expect the following 3 key points:

As of October 2020, governments across several countries announced USD 470 billion energy-related packages. 54% of these will relief public and private companies, and consumers that were affected by the economic downturn Covid-19 caused. The remaining 46% will target and stimulate economic growth.

On the relief side, the biggest recipients for the packages are the aviation and electricity sectors. In aviation, companies will receive bailouts to prevent bankruptcies in airports and airlines.

However, one of the bigger conditions to receive the bailout is to commit to greener operations. For instance, the French Government outlined a number of environmental expectations for Air France in exchange of million-dollar loan. Primarily, the airline will have to half its overall carbon emissions per passenger kilometer by 2030, as compared to their 2005 numbers.

In addition to the relief packages, USD 110 billion will be allocated towards clean energy technologies. The funds will mainly go into raising the energy efficiency in existing buildings, industrial processes, cars and ships.

Solar and wind plants are also to receive USD 10 billion while the active transport and public transport sectors will get one third of the funds.

– EU stimulus is a champion of “green” economic recovery:

The European Union and Next generation EU have put together a EUR 750 billion stimulus. The goal is to help member states recover from the pandemic and repower their economies.

The total package will fall into 7 funds, the main one being the Recovery and Resilience Facility (90%). Investments from the RFR fund are for clean energy technologies, energy-efficient building renovations, sustainable transport, broadband rollout, digitalization of public administration, cloud computing capacities and mainstreaming digital skills into education systems.

Looking at past funding patterns, the majority of the climate-related investments will materialize in infrastructure and transport (15%), while renewable electricity capacity and biofuels are to account for 4% and 1% of the investments, respectively.

The distribution of the money across the EU’s member states will depend on the country size, GDP and unemployment rate. Italy, Spain, France, Poland and Germany will be the main recipients.

All in all, as IEA puts it “as countries have already engaged in long-term planning to reach their 2030 renewables targets, this money is mainly expected to created additional liquidity to support those plans, rather than trigger additional capacity expansions”

PrevPreviousShould We Moderate The Speed Of Our Energy Transition?
NextWTS Energy Partners With NIBC to Accelerate Its Position in the Energy Transition and High Added Value Personnel ServicesNext